Almost 100 years of perfecting the art of making accessories

Our story is an old one. An Australian accessories company born out of the hardships of WWI. In the 1920s, our company was known as a producer of men's braces or suspenders, and by the 1940s the product line extended to belts. We listened, we studied and we adapted. The turn of the 21st century saw our brand expand further into other categories including ties, bow ties, pocket squares, cufflinks, tie bars and wallets. Textures, leathers and styles are regularly updated and introduced to keep our accessories fresh and relevant.

We are also one of the few remaining TCF (textile, clothing and footwear) manufacturers in Australia directly employing more than 25 staff members who collectively produce, sell or support our brand. Furthermore, we also have a network of agents, merchandisers and distributors who assist us to promote our brand. We are unique and we wear our Australian made badge proudly.

Our 1000sqm facility is based in the inner Sydney suburb of Stanmore. We are recognised by Sedex and our facility is internationally certified using the SMETA audit methodology. This methodology measures us, as well as our supply chain partners, against four 'pillars' of compliance: Labour Standards, Health and Safety, Environment and Business Ethics.

You will be surprised to learn that most Australian men own, or have owned, a Buckle | 1922 accessory. Why not turn over your belt and find out if you are one of them - if this is not you, this may be the perfect opportunity to invest in one of our accessories.

As you can view from the timeline below, we started from humble beginnings and as we continue to produce our accessories, we still remain young at heart.

Sandy Buckle and his son Alick Buckle started what is now known today as Buckle | 1922.

The business was officially named “A. Buckle & Son” in anticipation of Alick and his wife expecting a son, and in 1926, Alick’s family was blessed with a baby girl whom they named Peggy.

The business was registered as a company, with the name “A. Buckle & Son” sticking, even though there was no son. Alick Buckle was already successful in his own right and well regarded in the local community, holding title of mayor of Mosman (Sydney’s north shore) during this time. Alick officially opened the Bathers Pavilion, an iconic building located on Sydney’s Balmoral Beach and he was also involved in the beautification project of this area during this reign. In addition, he named the island that is positioned in front of Bathers Pavilion, “Peggy’s Island” after his daughter. Plaques commemorating his achievements are dotted around the Mosman region.

The business moves into producing belts to meet the changing demands of fashion.

Alick Buckle passed away leaving the business to Peggy, her husband Rex and their children, Jacquie and Paul. It was only a matter of time before Jacquie and Paul started to work within the family business.

A. Buckle & Son had been duly elected a full member of the Chamber of Manufacturers of NSW. It was also around this time that the factory moved from Surry Hills to Summer Hill, in Sydney’s inner west.

Peggy alongside her daughter Jacquie established Ecclisse – a successful women’s brand consisting of clothing, jewellery and accessories. The brand made regular appearances in Harper's Bazaar and Marie Claire and is ranged in Myer and David Jones.

Buckle celebrated 90 years of business. In the same year, the company launched a new menswear brand called Smith Street - named after the location of the Buckle facility when it was based in Summer Hill. The brand made regular appearances in publications such as Cleo, Cosmo, NW!, Bride To Be, Woman’s Day and the Daily Telegraph’s Gift Guides.

Buckle was acquired by Heritage Accessories Pty Ltd via a management buy out. The company went through a major rebranding exercise, where all accessories, including women’s categories, fall under the Buckle | 1922 banner. Shortly after, the business relocated to Stanmore, in Sydney’s inner west.

The business is directed by Melissa Gibson and Warren Sanders and employs more than 25 staff to service over 1200 retailers including Myer, David Jones and The Iconic. We also manufacture private label accessories on behalf of many Australian and international brands.

You will find our brand not only in Australia, New Zealand and Pacific Island nations, but also in the UK, Singapore, Malaysia, Hong Kong and Taiwan. 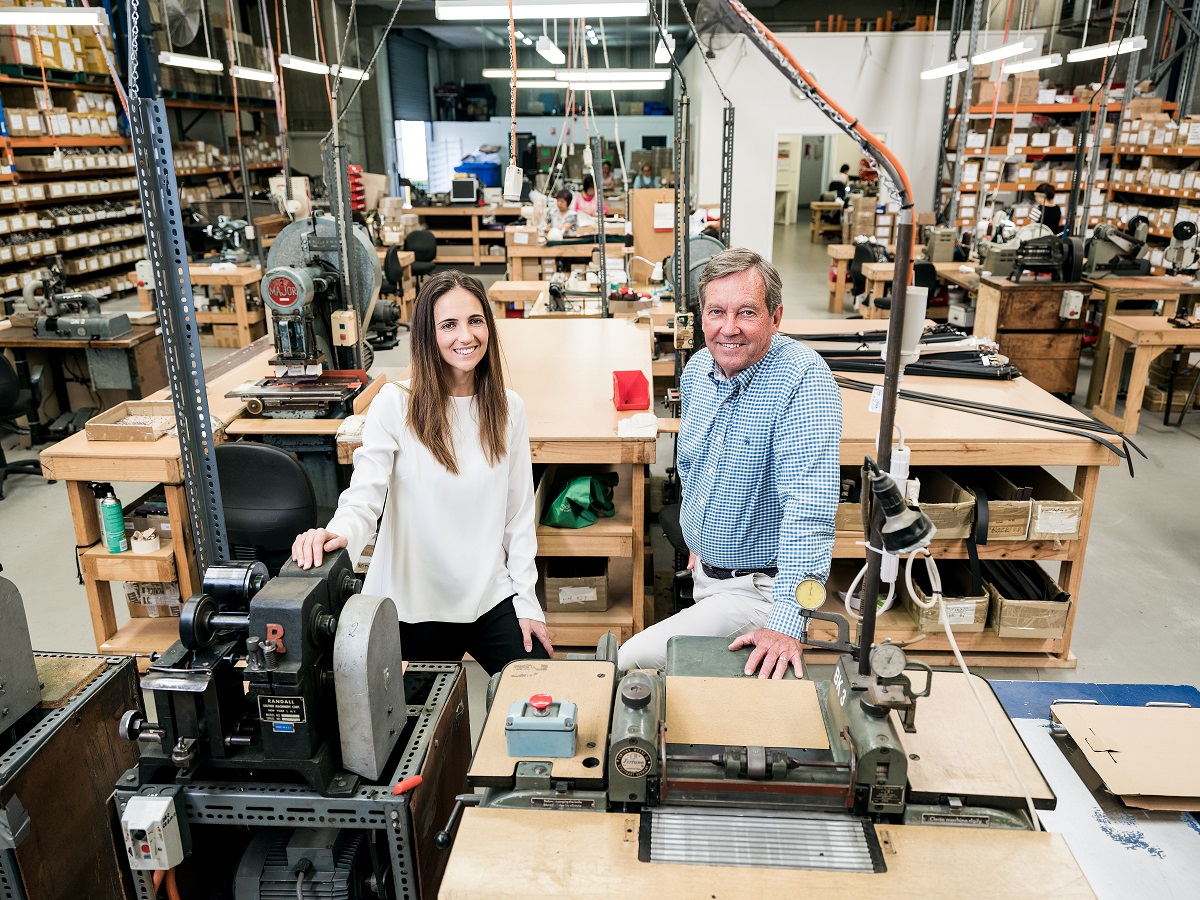